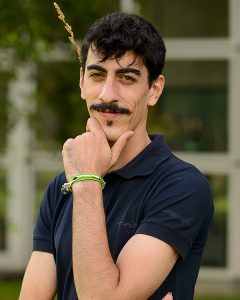 During my 5 year Renewable Energy Engineering course in Lisbon's University (Sciences Faculty - FCUL), I became increasingly interested in studying and learning about climate, especially because one can merge climate studies with other fields of knowledge and/or research, such as: Renewable energy (e.g. resource variability and predictability, increasingly relevant to power generation systems); Societies/civilization’s adaptability and sustainability (e.g. food production; vulnerability to both gradual changes and extreme events) or even History, Anthropology (e.g. climate’s influence in civilizations’ onset, development and fall), Biology (climate variability and change as a forcing or feedback mechanism in species’ evolution) and also Culture/music (work in progress hypothesis). Nowadays we are becoming aware that, given its transversal and continuous influence in many activities, climate should be central in our perception of the World. I was accepted in the Energy Systems Integration Partnership Programme (ESIPP) to study and research on climate's influence on renewable energy resources - meaning non-short term energy production (wind and solar) spatial and temporal variability that can be explained or predicted using climate drivers.
joao.monteirocorreia@ucdconnect.ie
Funded by: ESIPP
Frank McDermott
We use cookies on our website to give you the most relevant experience by remembering your preferences and repeat visits. By clicking “Accept”, you consent to the use of ALL the cookies.
Cookie settingsACCEPT
Privacy & Cookies Policy