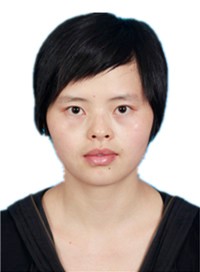 Xianxian received a BEng degree in Electrical Engineering and Automation from Central South University in 2012, studied MSc in Power Electronics and Electrical Drives from South China University of Technology between 2012-2014, and received PhD degree in Electrical Engineering from University of Birmingham in 2018. Since October 2018, I am a Senior Power Systems Researcher at University College Dublin, participating in the MIGRATE project research in which the power system consists of 100% power electronics. Research interests My research interests lie broadly in power electrical engineering. More specifically: •Renewable energy integration, electrical machines control, modelling and control of HVDC. •Advanced estimation/control theories. Professional Activities •I have been technical reviewers for IEEE Transactions on Power Systems, IEEE ACCESS, AC/DC Conference 2015/2016/2017.
Funded by: MIGRATE
Damian Flynn
We use cookies on our website to give you the most relevant experience by remembering your preferences and repeat visits. By clicking “Accept”, you consent to the use of ALL the cookies.
Cookie settingsACCEPT
Privacy & Cookies Policy