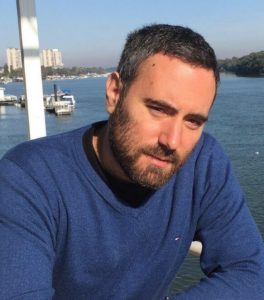 Ioannis completed a two-year MSc in Applied Mathematics & Numerical Analysis at the Department of Mathematics, University of Athens. In July 2012 Ioannis received his PhD in Mathematics from the Department of Mathematics, University of Athens, Greece, focusing on singular discrete dynamical systems and their applications. Since then, Ioannis has been a Post-Doctoral Researcher at MACSI (Mathematics Applications Consortium for Science and Industry), Department of Mathematics & Statistics, University of Limerick, and a Senior researcher at ERC (Electricity Research Centre), University College Dublin Ireland. Previously, Ioannis worked for fifteen months as a Post-Doctoral Research & Teaching Fellow in Optimization at the School of Mathematics, University of Edinburgh where he worked on Optimization methods for the analysis of large scale data sets and on singular systems of fractional nabla difference equations. In addition, Ioannis worked for six months as a Post-Doctoral Research Associate at the Modelling and Simulation Centre, University of Manchester, working on theoretical development and computational implementation in the non-linear mechanics of discrete systems representing materials microstructures. Ioannis is a Senior Researcher with ESIPP at University College Dublin. His current research interests include singular systems, optimization methods, dynamical systems (differential & difference equations), fractional calculus, networks, and mathematical modelling with applications in power systems, energy systems, circuits and materials.
ioannis.dassios@ucd.ie
Funded by: ESIPP
We use cookies on our website to give you the most relevant experience by remembering your preferences and repeat visits. By clicking “Accept”, you consent to the use of ALL the cookies.
Cookie settingsACCEPT
Privacy & Cookies Policy