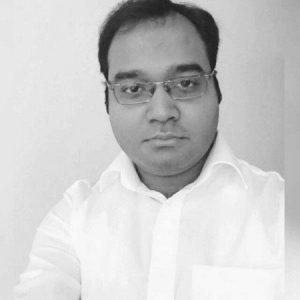 Priyanko Guha Thakurta is a power systems engineer specialising in transmission systems (especially Flexible Alternating Current Transmission System and High Voltage Direct Current). Priyanko received his Ph.D. from the University of Leuven (KULEUVEN) in Belgium in 2015. After completion of his Ph.D. he worked as a Research Scientist at Skolkovo Institute of Science and Technology in Moscow, Russia where he collaborated with Russian Academy of Sciences to develop innovative way of decomposing locational marginal prices (LMPs) in electricity markets. He was also the project leader of a project between Russia and Japan which focussed on transporting renewable energy from Russia to Japan. At UCD, Priyanko is working on the Migrate project in which he is focussing on system dynamic stability for a 100% power electronics based power system.
priyanko.guhathakurta@ucd.ie
Funded by: MIGRATE
We use cookies on our website to give you the most relevant experience by remembering your preferences and repeat visits. By clicking “Accept”, you consent to the use of ALL the cookies.
Cookie settingsACCEPT
Privacy & Cookies Policy