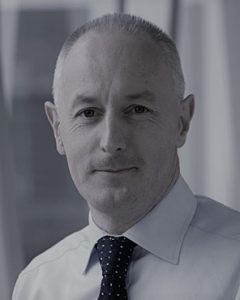 Frank joined the School of Geological Sciences in 1993 as a Newman Scholar and was appointed to the full-time lecturing staff in 1999. He was appointed Senior Lecturer in 2002 and Associate Professor in 2006. He served as Head of the School of Geological Sciences from 2007 to 2011, and as the School's postgraduate co-ordinator from 2005-2007 and from 2011 to present. Frank leads the Palaeoclimate Research Group, focussing on the use of speleothems (cave carbonates) to reconstruct past climate variability. His current research focuses on reconstructing the timing and character of late Pleistocene interstadials and the role of the North Atlantic Oscillation (NAO) as a driver of climatic conditions in western Europe during the past two millennia. Changes in the state of the NAO are linked to wind speed and cloud cover and are crucial in determining inter-annual variations in the power output of windfarms and solar PV installations in western Europe. Frank is a member of the Editorial Board for the journal Geochimica et Cosmochimica Acta. Research Area Energy Management,
Publications
Frank.mcdermott@ucd.ie
Phone: 01 7162331
We use cookies on our website to give you the most relevant experience by remembering your preferences and repeat visits. By clicking “Accept”, you consent to the use of ALL the cookies.
Cookie settingsACCEPT
Privacy & Cookies Policy