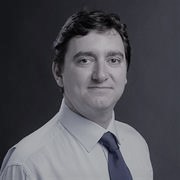 Federico Milano received from the University of Genoa, Italy, the Electrical Engineer degree and the Ph.D. in Electrical Engineering in March 1999 and June 2003, respectively. From September 2001 to December 2002 he worked at the Electrical & Computer Engineering Department of the University of Waterloo, Canada, as a Visiting Scholar. He was with the Department of Electrical Engineering of University of Castilla-La Mancha, Spain, from September 2003 to May 2013. In June 2013, he joined the UCD School of Electrical, Electronical and Communication Engineering, where is currently Professor of Power Systems Control and Protections. His research interests are power systems modelling, stability analysis and control. In January 2016, he was elevated to IEEE Fellow for his contributions to power system modelling and simulation. He is or has been editor of several international journals published by IEEE, IET, Elsevier and Springer, including the IEEE Transactions on Power Systems and IET Generation, Transmission & Distribution. Research Area Energy Systems, Power system modelling, Power system control, Power system stability analysis, Nonlinear systems, Bifurcation analysis
Publications
federico.milano@ucd.ie
Phone: 01 716 1844
We use cookies on our website to give you the most relevant experience by remembering your preferences and repeat visits. By clicking “Accept”, you consent to the use of ALL the cookies.
Cookie settingsACCEPT
Privacy & Cookies Policy