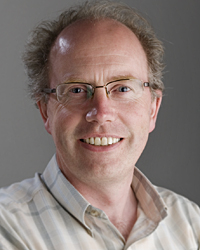 Donal Finn obtained his BE degree in Mechanical Engineering from University College Galway (UCG) (now NUIG) in 1985. He was awarded a PhD degree in 1996 by the University of Dublin. In 1995, Donal Finn was appointed to a lectureship in Mechanical Engineering at UCD. In 1999, Dr Finn received a Teaching Fellowship award from the Royal Academy of Engineering, London, which was financially supported by Exxon-Mobil. In 2004, Dr Finn was awarded a Research Fellowship by UCD, which allowed him to spend a sabbatical year at the University of Illinois, Urbana Champaign (UIUC), IL, USA, where he collaborated with the Air-Conditioning and Refrigeration Research Center (ACRC). In 2008, he received a Teaching and Learning award from UCD. Since 2008, he has been a Senior Lecturer at UCD. His current research interests lie in the analysis and optimisation of energy conversion systems used in heat pump/refrigeration systems and building energy applications. His specific research focuses on component and system analysis of transport refrigeration and heat pump systems, as well as the optimisation of evaporative cooling and natural/night ventilation in building energy applications. Dr Finn has acted as an expert advisor/assessor to Enterprise Ireland, the European Commission - FP5, FP6 and FP7 and Marie Curie programmes and other European Research programmes, as well a reviewer for several journals and international conferences. He has been a member of the editorial panel of the journal AI-EDAM (Artificial Intelligence in Engineering Design, Analysis and Design) since 1996.
Energy Systems
Publications
Donal.Finn@ucd.ie
Phone: 01 716 1947
We use cookies on our website to give you the most relevant experience by remembering your preferences and repeat visits. By clicking “Accept”, you consent to the use of ALL the cookies.
Cookie settingsACCEPT
Privacy & Cookies Policy