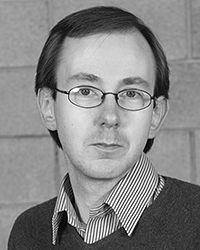 Damian is a research lead in Energy Systems thematic strand. Domain received his MEng and PhD degrees in Electrical & Electronic Engineering at The Queen's University of Belfast in 1991 and 1994, respectively. In 1994 he was appointed as a SERC research fellow at The Queen's University of Belfast, before becoming a lecturer in 1995, and later a senior lecturer, at the same university. In 2009 he joined University College Dublin, where he was appointed as a SFI Stokes Senior Lecturer in Power System Operation and Control, within the School of Electrical & Electronic Engineering. His research interests include power system analysis, integration of renewables into electrical networks, and power system flexibility and control. He is also interested in advanced modelling and control techniques applied to power plant.
Energy Systems
Publications
Email:
Phone: 01 716 1819
We use cookies on our website to give you the most relevant experience by remembering your preferences and repeat visits. By clicking “Accept”, you consent to the use of ALL the cookies.
Cookie settingsACCEPT
Privacy & Cookies Policy