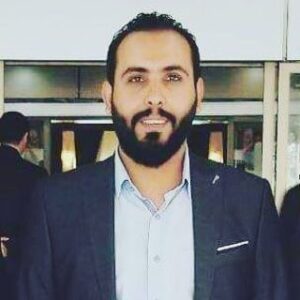 Dr. Hassan Haes Alhelou (Senior Member, IEEE) is a faculty member at Tisheen University, Lattakia, Syria, and has joined UCD as a Senior Power Systems Researcher. He is included in the 2018 & 2019 Publons lists of the top 1% best reviewers in the world-level in the fields of engineering and cross-fields. He was the recipient of the Outstanding Reviewer Award from many journals, e.g., Energy Conversion and Management (ECM), ISA Transactions, and Applied Energy. He also was the recipient of the best young researcher award in the Arab Student Forum Creative among 61 researchers from 16 countries at Alexandria University, Egypt, 2011. He has published more than 100 research papers in high-quality peer-reviewed journals, book chapters and international conferences. He has also performed more than 300 reviews for high prestigious journals including IEEE Transactions on Power Systems, IEEE Transactions on Smart Grids, IEEE Transactions on Industrial Informatics, IEEE Transactions on Industrial Electronics, ECM, Applied Energy. He is an editor for several journals and special issues. Dr. Alhelou edited more than 7 books for international publishers such as Springer, Wiley, and Taylor & Francis publishing groups. He has served as a scientific committee member in several international conferences and chaired many scientific sessions and conferences around the world. He has participated in more than 15 industrial projects. His major research interests are Power systems, Power system dynamics, Power system operation and control, Dynamic state estimation, Frequency control, Smart grids, Micro-grids, Demand response, Load shedding, and AI applications to power systems.
Publications
hassan.haesalhelou@ucd.ie
Funded by: ESIPP
https://people.ucd.ie/hassan.haesalhelou
We use cookies on our website to give you the most relevant experience by remembering your preferences and repeat visits. By clicking “Accept”, you consent to the use of ALL the cookies.
Cookie settingsACCEPT
Privacy & Cookies Policy